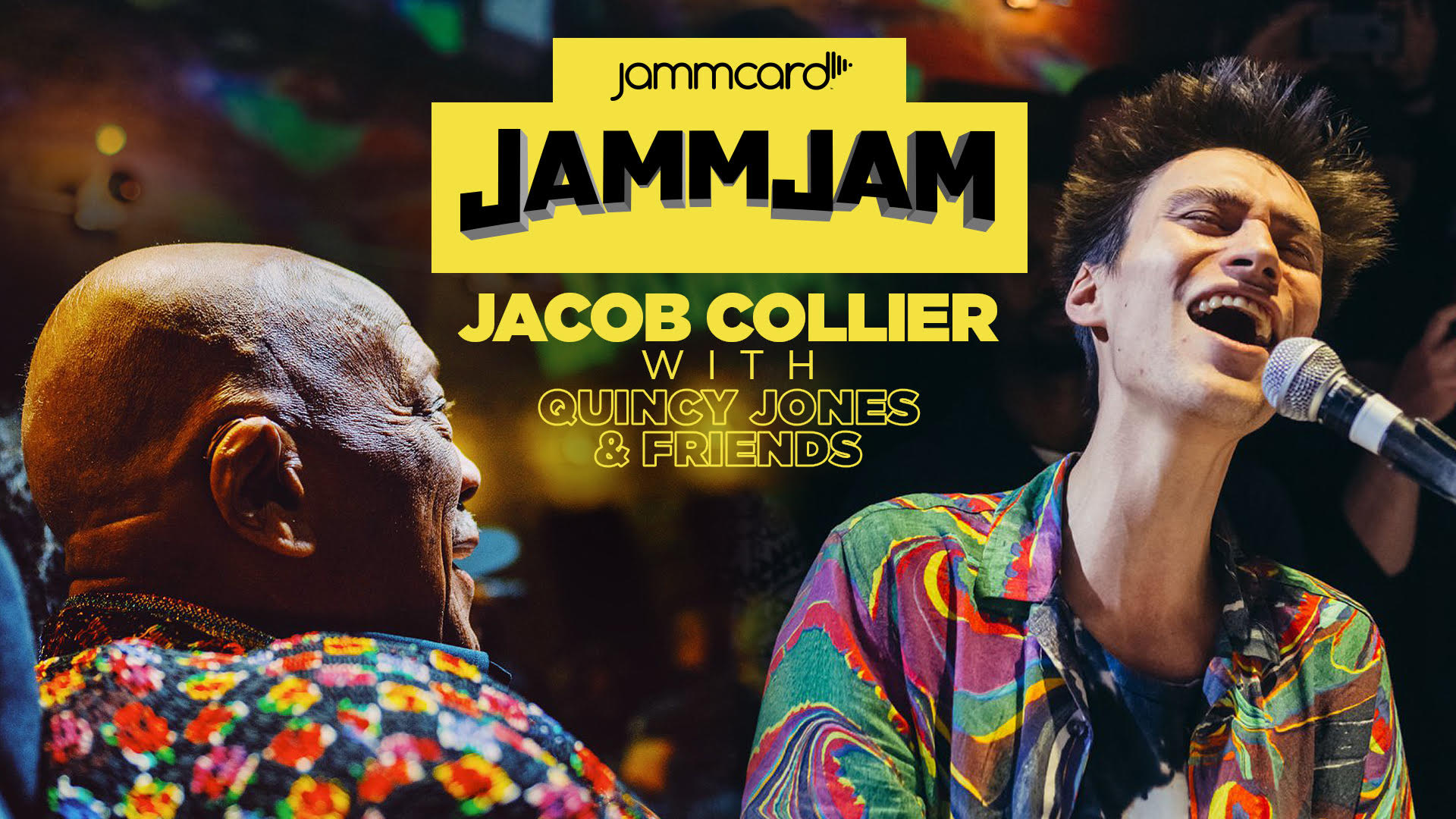 At the end of last year, the incomparable Jacob Collier lit up the JammJam with his rendition of Michael Jackson’s song “Human Nature” honoring the legendary Quincy Jones. Today we released the amazing performance ✨ ✨

The JammJam was filled wall-to-wall with music royalty such as Quincy Jones and the Recording Academy’s Chairman, Harvey Mason Jr. Jacob took the stage to perform a solo version of “She’s Out of My Life,” mesmerizing everyone in the room before delivering his beautiful rendition of “Human Nature.” Jacob looked over at drummer Donald Barrett (Toni Braxton, Seal) and asked him “Can you get me back beat?” and the improv jam started. It extended into a jam that combined the international musical talents of Alfredo Rodriguez (Cuba), Munir Hossn (Brazil), Eric Zayne (Democratic Republic of Congo) and drummer/founder of Jammcard, Elmo Lovano.

To see Jacob’s unreal JammJam performance, watch the video now on our YouTube.