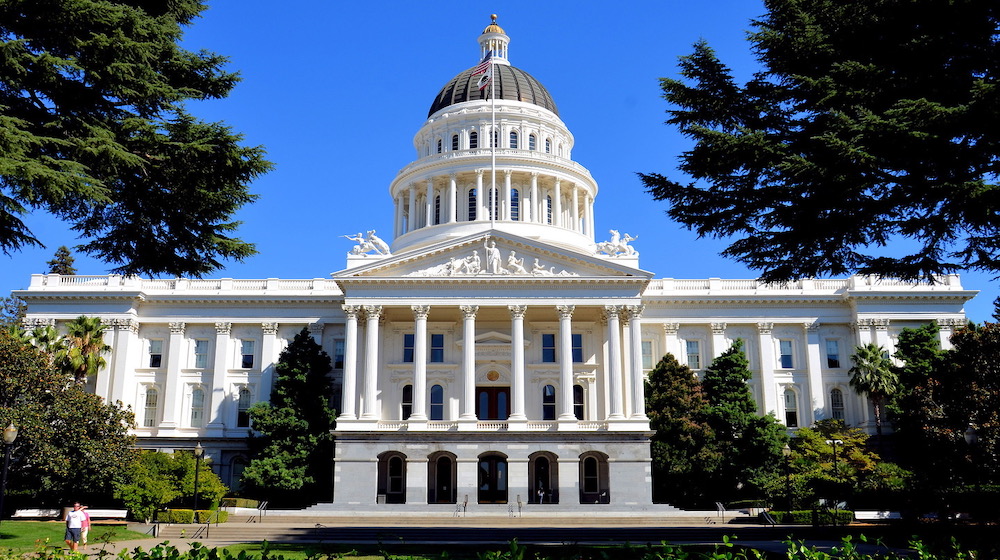 Last year the AB5 bill was brought to our attention. We didn’t think it would pass, to our dismay, it did.

We received emails and messages from hundreds of our members concerned about the potentially massive, negative impact on musicians and our industry. At that point we were contacted by Dr. Richard Burgess, the Chairman of A2IM. He was impressed with the Jammcard network, and the fact that our community were the people that would be truly affected by this bill. We followed that up by sending out a survey to hear your thoughts and opinions on AB5. Your response was strong, and powerful. We sent your (anonymous) responses to the AFM, RIAA, A2IM, SAG/AFTRA, and MAC. It made a strong impact.

We then joined together with our member, friend and author, Ari Herstand, and several other musicians who were very passionate about this, and drove down to San Diego to meet with Assemblywoman Gonzales, the woman who wrote the AB5 bill. We expressed our community’s concerns to her and explained how the musician industry works, and she was responsive. This led to a meeting with Senate Majority Leader Hertzberg. He defended us. We finally arrived at the negotiating table with the presidents of the AFM Local 47 (Los Angeles), Local 6 (San Francisco), Local 7 (Orange County) and Local 12 (Sacramento). We stood our ground for what we believed was right, based off of the response from the Jammcard community. Those talks went surprisingly well and we made more progress.

After that, we were told that we were officially included and had a seat at the table, but we needed a name. So we created the Independent Music Professionals United (IMPU).

We are proud to inform you today that we have reached consensus between the AFM, RIAA, A2IM, SAG/AFTRA, MAC, RECORDING ACADEMY, IATSE, SONA and our newly formed IMPU; and the vast majority of music professionals including recording artists, musicians, composers, songwriters and vocalists will be provided relief! This is a huge improvement from the original AB5. The organizations listed above, lead by attorney Jordan Bromley, worked tirelessly behind the scenes with the unions and legislators on consensus language that protects everyone.

Assemblywoman Gonzalez said that she would like to get this ‘clean up bill’ AB 1850 passed as an urgency measure. This means, if it gets a 2/3 majority vote in both the Assembly and Senate, it will go into effect the moment the Governor signs it. And it will be retroactive!! This means that everyone who is currently ‘breaking the law’ now can not be held responsible for it in the future. It is an important note that while deal points exist for this, the exact language will not be available until the legislature is back in session on (hopefully) May 4th. We will let you know immediately when we have the legislative language, and we’ll help translate it as well.

The language of the pending amendment states that most music professionals will once again be able to follow the Borello test (versus Dynamex or AB5) to determine employment classification for both live performances and studio recordings. The language also specifically provides for unions to continue to organize the work of recording artists, musicians, singers, and others, ensuring that current and future collective bargaining agreements will always govern in CA.

Jordan Bromley on the Board of the Music Artists Coalition played a key role in advocating for independent artists and their rights, leading the negotiations on behalf of the music industry, and working with all interested unions to find consensus.

“I am proud to be a part of this amazing consensus. Having worked personally with every stakeholder in the process for the last year, I can say that each elected official, coalition, association, union and individual working on behalf of their constituency truly cared about not only the members they work to protect, but also our industry as a whole. This is a significant result that is critical to our industry’s success in today’s economy,” said Bromley.

“Whether you are in a union or not, protecting the rights of working people has been the primary goal throughout this entire process,” said John Acosta, president of the American Federation of Musicians Local 47. “Finding a model that fits the unique needs of musicians has been no small task, and we are grateful to everyone involved for reaching a solution that will serve to benefit musicians and all workers throughout California”

“I had lots of sleepless nights to get musicians relief under AB5, but I’m happy we were able to come to an agreement,” says Ari Herstand. “As a songwriter and book author, I never thought that one of the most impactful things I’d ever have a hand in writing would be a law for the state of California. Life is funny sometimes.”

“I am grateful for the extraordinary work of the entire music community in California. This agreement once again reflects that we are strongest when we stand together,” said Mitch Glazier, Chairman and CEO of the Recording Industry Association of America. “The amendment appropriately narrows the effect of AB5 to clarify that music professionals, due to the unique nature of our business, cannot be treated as an employer every time they collaborate. We thank Assemblywoman Gonzalez and Majority Leader Calderon for being true partners in this effort to ensure that musicians can continue to create, live, and thrive in the state of California.”

Recording Academy Chair and Interim President/CEO Harvey Mason jr. added: “With this exemption, music creators can get back to work on their own terms of collaboration. The history of music making in California has played a vital role in shaping the world’s culture, and we can now continue that for generations to come. These are challenging times for creators but this is good news for those in California. I want to extend our gratitude to Assemblywoman Gonzalez and Majority Leader Calderon, and thank our own California members for fighting to bring this exemption to life.”

SAG-AFTRA Chief Deputy General Counsel, Jeffrey Bennett, added, “Keeping the music industry strong in CA, maintaining our ability to protect and organize the work of recording artists and singers, and allowing the creative community to thrive makes this a real and timely win for us all.  A special thanks to Assemblywoman Gonzalez and Majority Leader Calderon for their leadership.”

“This amendment to AB5 is a testament to the commitment of all stakeholders’ to protect their individual constituents’ interests while assiduously working together towards a consensus solution for all,” said Dr. Richard James Burgess of the American Association of Independent Music (A2IM). “Many thanks are due to Jordan Bromley for leading the negotiations and to Assemblywoman Gonzalez and Majority Leader Calderon for protecting the livelihoods of California musicians.”

With respect to the music production process, the amendments will preserve the ability for the following industry professionals to collaborate and contract with one another to produce sound recordings and musical compositions without application of the ABC test to determine an employer:

With respect to standalone live performances, the amendments will also specify that unless a musical group specifically falls into one of groups below, the musicians will be subject to the less strict pre-Dynamex test to determine classification. This allows most independent musicians to collaborate with one another in their live performances, without becoming each other’s employees.

Instances where the nature of a musician’s work inherently draws a significant level of control and direction from their employer, musicians will continue to have employment protections under AB 5. This includes the following arrangements:

The amendments that add greater opportunity for collaboration in musicians’ work arrangements will be applied retroactively.