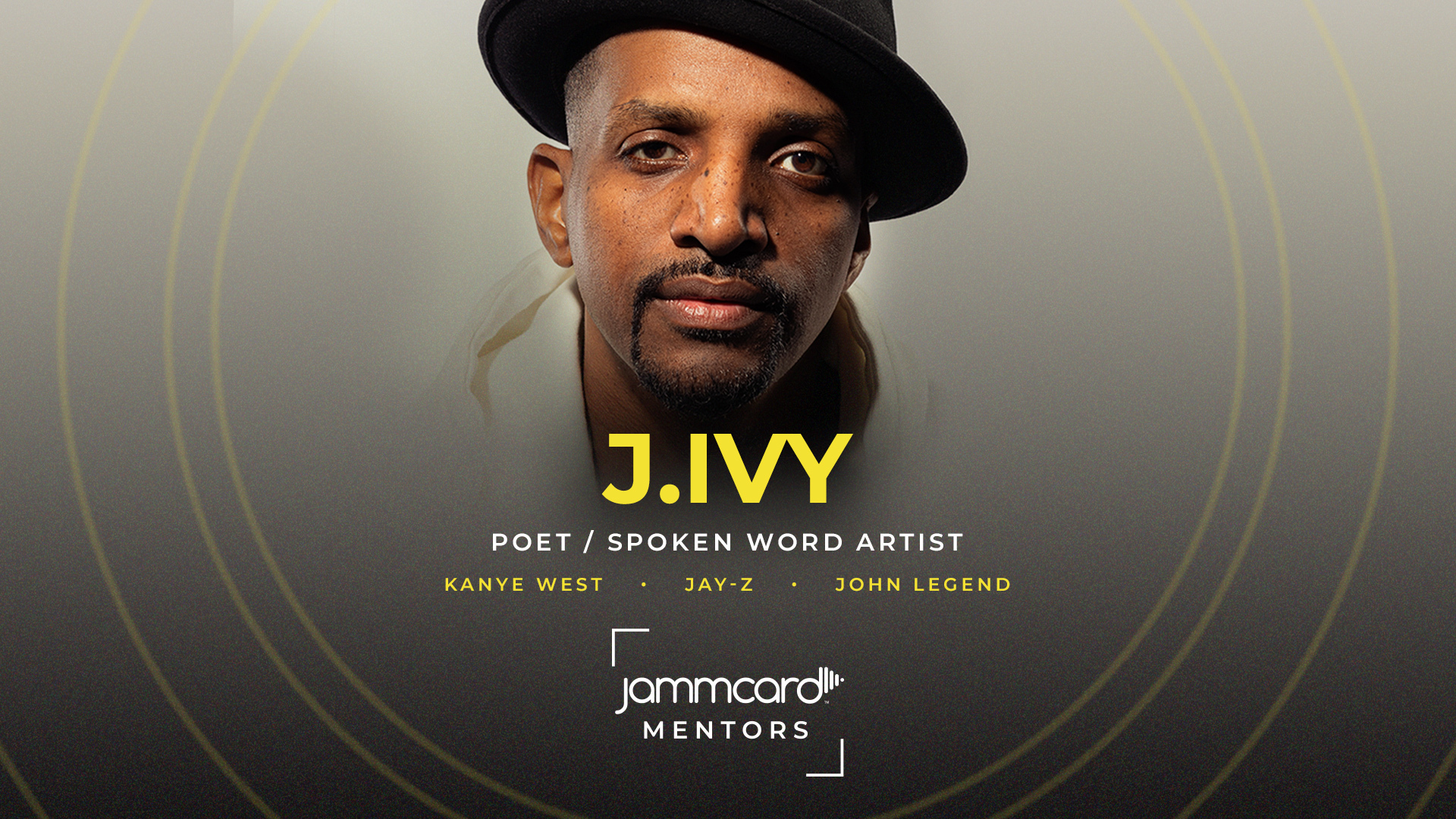 As a staple in Chicago’s arts scene, all the way to becoming a Clio, Peabody, and NAACP Image Award-winning and GRAMMY-nominated poet and artist, it was only fitting J. Ivy was chosen as the Lead Writer and Voice Director for Jeen-yuhs: A Kanye Trilogy. Renowned for fusing poetry with music as well as songwriting and his voiceover work, J. Ivy’s creative accomplishments go beyond entertainment and extend to the psyche, opening up dialogue about the human condition and catalyzing movements for personal and social change.

J. Ivy discovered his passion for the written word during a routine high school assignment. Thanks to an English teacher who he credits for encouraging him to share his gift, J. Ivy hasn’t stopped creating since. He went on to attend college at Illinois State University and soon became known as “The Poet”, which paved the way for performances around Chi-town.

His perseverance paid off, and J. eventually became the first African-American poet to rep his city on Russell Simmons Presents HBO Def Poetry, where he performed his poem, “I NEED To Write”. He received a standing ovation and was invited back for two encore appearances, which led the way for him to eventually work with notable figures in popular culture.

Whether or not you knew his name, you most likely knew of J. Ivy’s unique work where he merged hip-hop and poetry. As a refresher, J. Ivy:

Beyond music and television and building on the spirit of his book, “Dear Father: Breaking the Cycle of Pain”, J. Ivy’s work through The Dear Father Movement, a community arts initiative, encourages people of all ages to use the arts as a tool to build strength through the power of forgiveness by writing their own “Dear Father” letter.

We’re beyond proud to have J. Ivy as part of the Jammcard family and as a Jammcard Mentor. His work is a testament to the power of the arts as a transformative medium for positive change, and it’s no wonder his talents are sought for influential projects that are sure to be conversation pieces for generations.

“Seeing my album ‘Catching Dreams’ become GRAMMY-nominated, and having the opportunity to be the Lead Writer and Voice Director of the documentary Jeen-yuhs: A Kanye Trilogy, is further proof to me that living the dream is possible.”

Learn more about Jammcard Mentors and book a session with J. Ivy today.

If you’re interested in becoming a Jammcard Mentor, connect with us here.