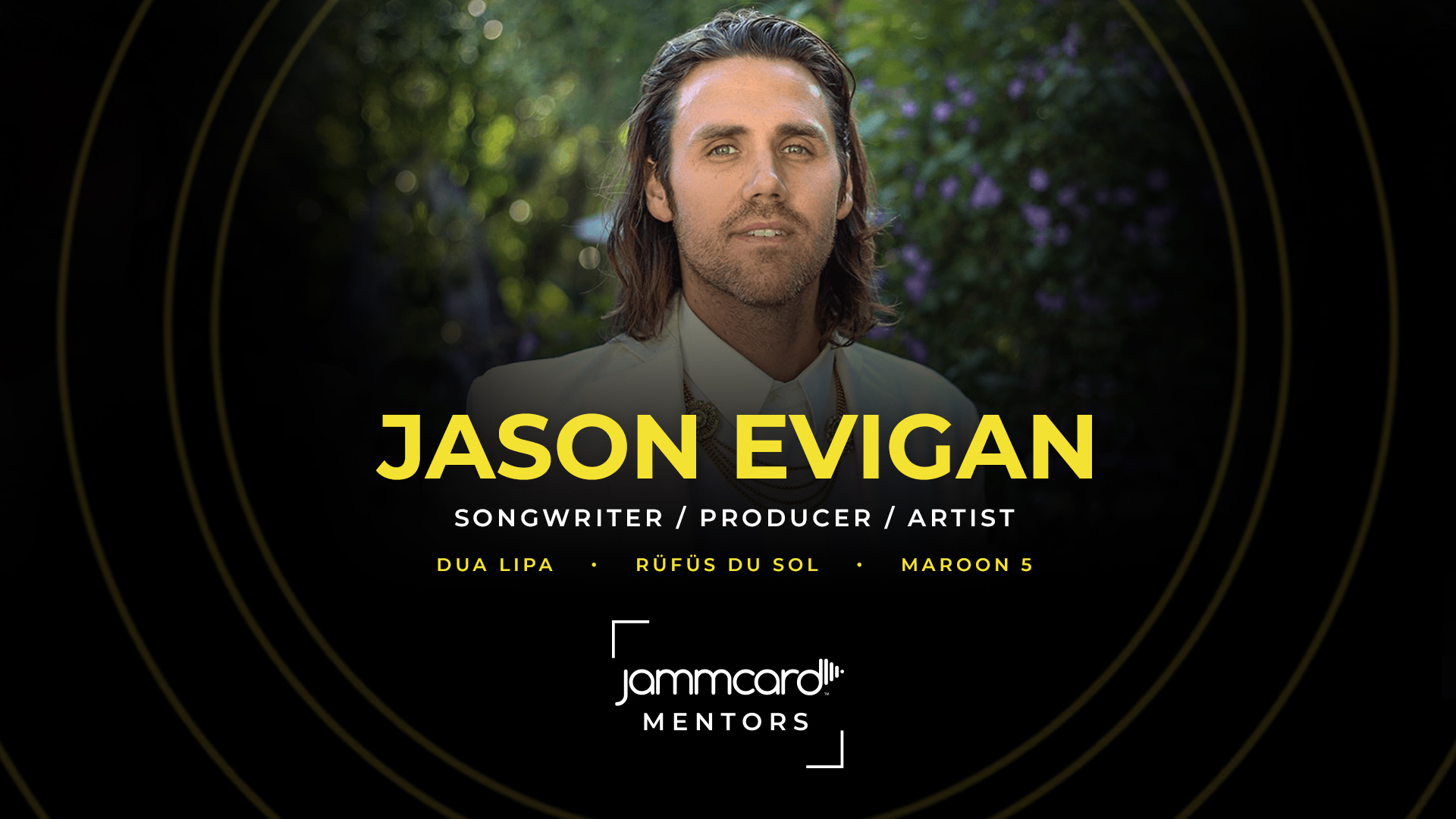 GRAMMY award winning producer and songwriter Jason Evigan is now on Jammcard Mentors! Fresh off his Grammy win with Rüfüs Du Sol, Jason is making himself available for 1-on-1 live video mentorships sessions with you. You can talk with him about production, songwriting, career advice, he can give you feedback on your tracks, tips on navigating the music business and much more. He will be doing one session a week, so join his waitlist now and be the first notified when he opens mentorship slots. Anyone is welcome!