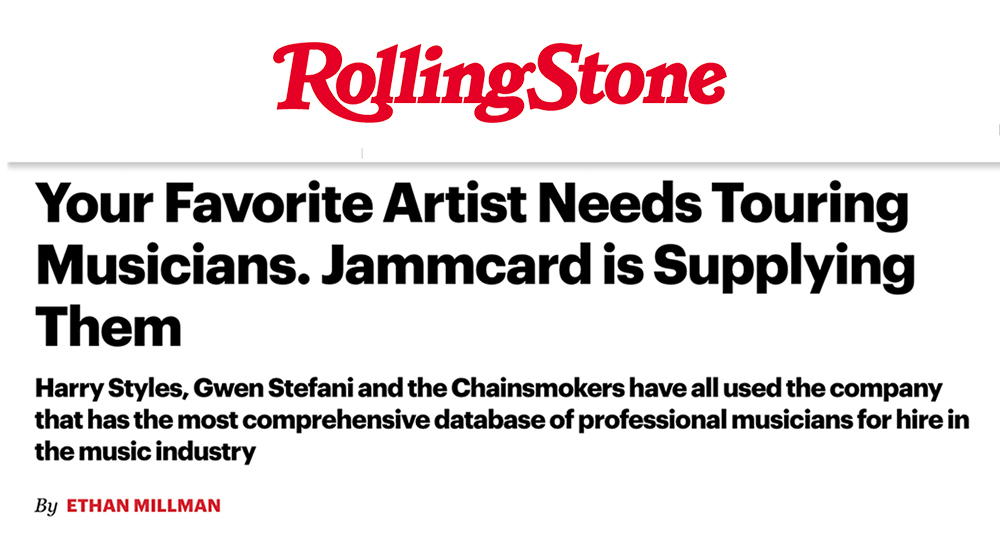 Rolling Stone just published an article on Jammcard that gives some information we’ve never released before. Check it out here!

“We’re selective with who we pick, so going through the app makes sense since we have some assurance we know the people we see are pros. It also lets us give opportunities to musicians who likely wouldn’t have been considered before since it broadens who we can find. Elmo’s making a platform that’s filling a hole that’s still in this industry now.”
-Matt McGuire (Drummer & musical director – The Chainsmokers)

“When you’re a solo act, It doesn’t make much sense to fly a band in, but what other option would you have when you’re coming up? This is a real option. You find good musicians and you can save tens of thousands of dollars bringing a band over with you.
-Tom Windish (Agent – Lorde, Billie Eilish and the XX)

“Whether you’re an up-and-comer or someone working with Beyoncé, the whole creative side of our industry is word of mouth. There’s a better way to do this, and I want to make the global database of the whole music industry that’s searchable and bookable to help musicians get more work.”
-Elmo Lovano (Founder & CEO, Jammcard)