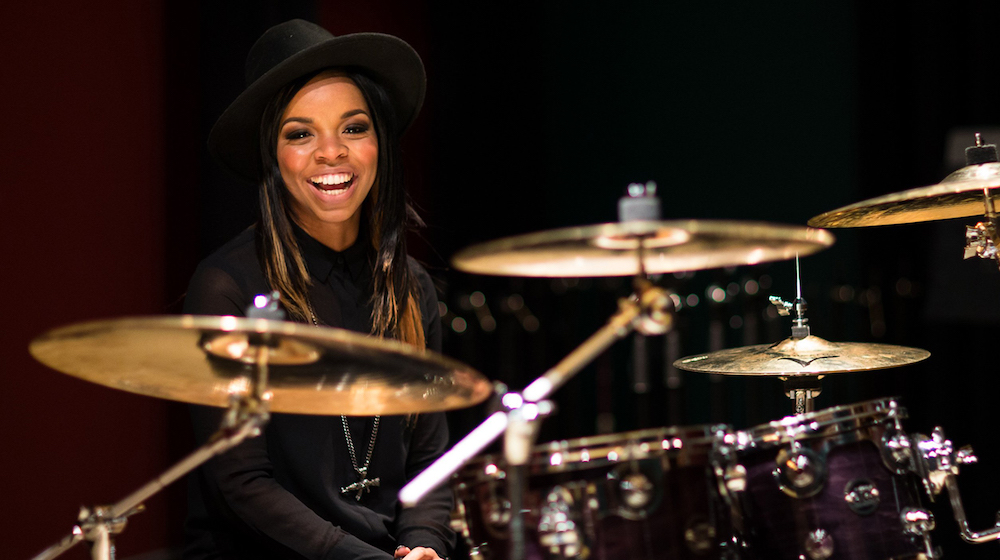 Jammcard member Venzella Joy dropped her EP Stealth on August 7th, 2017.  Known for being Beyonce’s drummer, Joy explores her creativity further through songwriting and producing on this record with the tracks – “My Love”, “Maxwell”, and “Moonlight”.  The songs take you on a journey through upbeat pop to half time feels to slow grooves with vocal layering and smooth synths.  The album was written, produced, and mixed by Micki Miller and overall explores experimental RnB/pop.

Venzella, known as ‘Joy the Drummer’ was given her first drum kit when she was 10 years old and fell madly in love with the instrument.  She now plays sold out arenas all over the globe.

As a drummer, she explains the importance of practice which for her is 8-10 hours daily.  When performing live with Beyoncé, Joy observes how the crowd generally wants to hear as close to the original track as possible.  Whilst nailing her performance, she captures the audience’s attention with her rolls and dramatic hits designed to keep everyone on their feet throughout the show.

Last week she was featured on Late Night with Seth Meyers sitting in with The 8G band.
Stealth can be found on iTunes, Apple Music, and Spotify.